Question Like a Face, by Christine Hume (text) and Jeff Clark (photographs), looks at gender violence and complicity within the intimate and immediate interiors of a small city in Michigan. Like any tale of power, this one begins with the careless dismissal of a whole life. Compelled by the constantly defaced and reappearing face of a black woman shot by a white cop, whose image is affixed to walls around her community, Hume summons her visage as a call to outrage against her own complacency and against the silence surrounding our culture’s unending violence against women, especially women of color. She writes, I am living in a city that proliferates a question like a face. Her face appears and disappears on civic surfaces, her face replaces a blank space; her face replaces the city, piece by piece, claiming it, because her face is half hidden, in the half-light of waiting, half blowing in the wind, half stuck to the present, near a house where my family lives, where a young girl can look at it and think “not me.”

A sequence of domestic photographs from police evidence files punctuate Hume’s accounts. These haunting, forensic photographs were selected and cropped by Clark in order to avoid offering the white gaze further violent visual material and to wrest the production of public knowledge away from the apparatuses of state power.

So elegant and devastating, lyrical against moral fatality.

Question Like a Face reads powerfully, urgently, gorgeously. It is a scream and a demand, especially positioned against the banality of the crime scene images and that final bullet on the back cover. Just…wow. It’s really something special.

Christine Hume’s book-length essay, Question Like A Face, is both a statement of the present and a questioning of the past, but it is the text’s provocation for the future that grips me, that holds me up, that makes me question myself, too, every time I read this slim book back.

Philosopher Emmanuel Levinas famously wrote that every face says “Don’t kill me”; Hume/Clark’s chapbook—the title of which can be read as command or description—both bears witness to this empathetic capacity of our species and puts pressure on its idealistic shortcomings. Rather: “How many times, her face is telling.” We must question for faces no longer there to be unheeded, using art and every other tool at our disposal to de-reify statistics on violence, narratives bent to serve the satisfied. 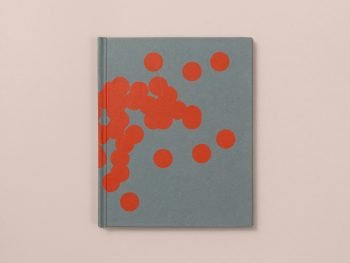