Born into a military family and constitutionally restless, Christine Hume lived in over 25 places in the U.S. and Europe before landing in Ypsilanti, Michigan in 2005. She earned an M.F.A. from Columbia University in 1993 and a Ph.D. from University of Denver in 2000. Her three books of poetry—Musca Domestica, Alaskaphrenia, and Shot—won the Barnard New Women Poets Prize, The Green Rose Award, SPD’s Best Book of the Year Award, and you can find her poems anthologized widely, most recently in Poets in the 21st Century: Poetics of Social Engagement (Wesleyan, 2018). She is a professor of English in the interdisciplinary Creative Writing Program at Eastern Michigan University.

Over the last decade, Hume’s writing evolved into prose forms, especially documentary and lyric approaches to the essay. Her collection of essays about two hated subjects in American, sex offenders and women’s bodies, Everything I Never Wanted to Know, is forthcoming from Ohio State University Press. The New York Times calls her triptych on girlhood, Saturation Project (Solid Objects, 2021),   a “richly meditative lyric memoir” that arrives “with the force of a hurricane.” She has also published six prose chapbooks, most recently a collaboration with Jeff Clark, Question Like a Face (Image Text Ithaca, 2017), one of Brooklyn Rail’s Best Nonfiction Books of 2017, and A Different Shade for Each Person Reading the Story ([PANK] Books, 2020). With photographer, Laura Larson, she is collaborating on All the Women I Know, an archive of women in the act of resistance. Excerpts of this book-length text image work-in-progress can be found in journals such as Ninth Letter, Denver Quarterly, CRAFT, and Seneca Review and featured in MacDowell’s Conversation About Social Justice (Part 3), along with an experimental performance of the work, hosted at the Hoosac Institute.

Hume has taught visiting workshops on Sound Poetry, The Walk: Artistic Form and Generative Practice, Chromopoetics, Graphic Materialities: Text and Image, and given talks on Publishing, Teaching Poetry, (Re)Figuring Voice, Literary Activism, and Literary Hybridity. She participated in the international festival, “Days of Poetry and Wine” in Slovenia; taught workshops in St. Petersburg for Summer Literary Seminars; and in Lisbon, Portugal for Dzanc Books International Literary Program. She has received residencies from Fundacion Valaparaiso in Spain; the Wurlizter Foundation in Taos, New Mexico; MacDowell Colony in New Hampshire; and the Fine Arts Work Center in Provincetown, Massachusetts, and she has been an Image Text Ithaca Fellow at Ithaca College.

As an editor, she has curated and introduced two special issues of American Book Review, on #MeToo and on Girlhood. She is co-editor, with Anna Maria Hong, of a special folio for The Hopkins Review, forthcoming in summer 2023, on walk literature. Find her annotated list of feminist re-tellings of myths at Electric Literature. Critical essays on documentary sonic experiments, sound poetry and art, Anne Carson and Francis Alÿs, Mei Mei Berssenbrugge, Tracie Morris, Ann Lauterbach, and Pierre Joris can be found in Extending the Document: Source Material and the Lyric Imagination in Contemporary Poetry, ed. Lisa Sewell (Wesleyan); Anne Carson: Ecstatic Lyre, ed. Joshua Marie Wilkinson, (University of Michigan Press), Case on the Line, ed. Emily Rosko and Anton Vander Zee, (University of Iowa) Cartographies of the In-between, ed. Peter Cockelbergh  (Litteraria Pragensi/ Philosophy Faculty of Charles University, Prague), three volumes of Poets in the 21st Century, ed. Claudia Rankine (Wesleyan UP), and many journals such as Contemporary Literature. 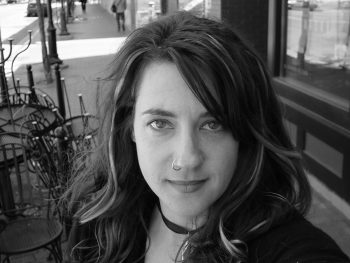 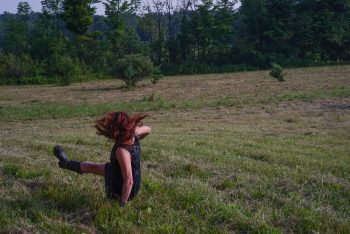 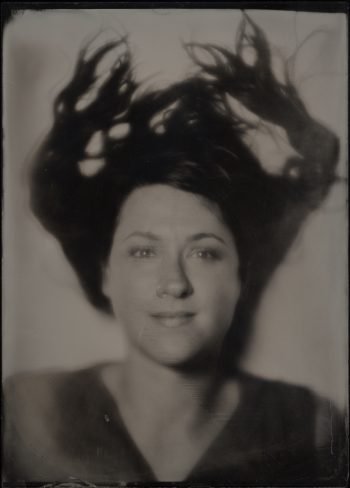 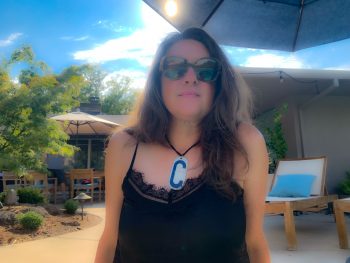 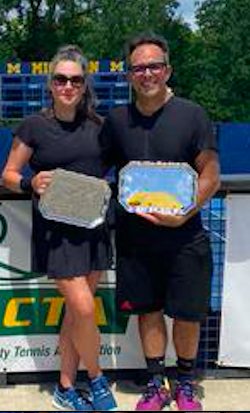